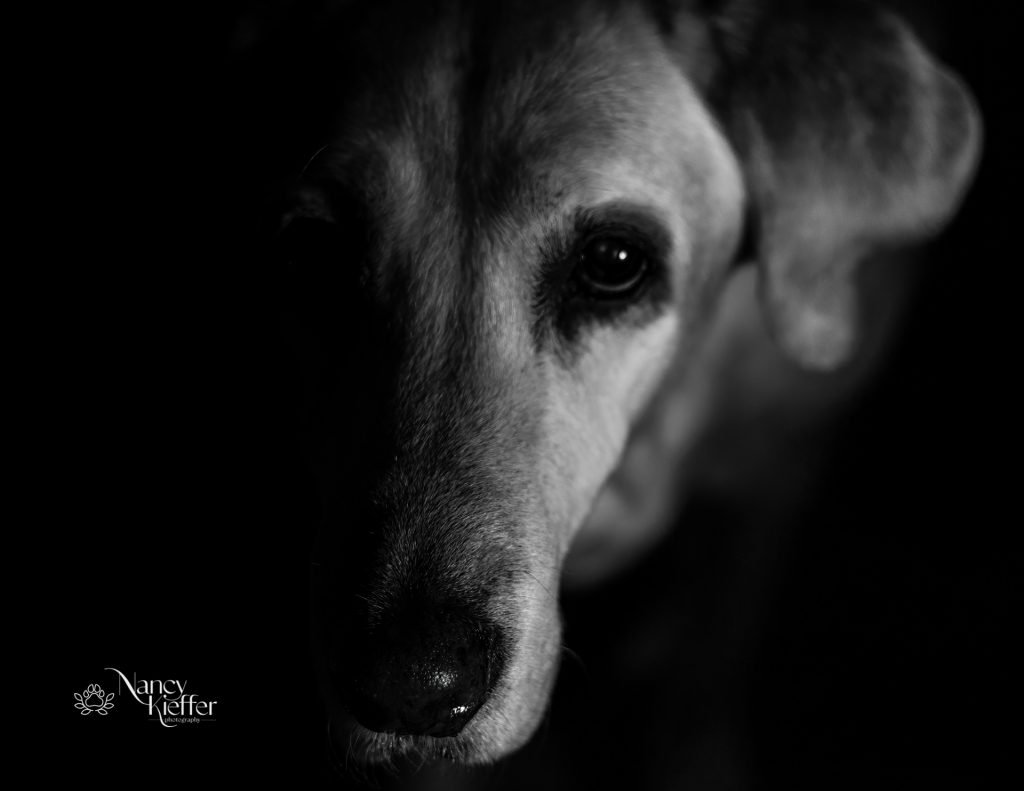 Shamus has been with me for over 10 years.  He was a special find!  I had just decided I was ready for another dog and had even been to a local shelter, only to find out that the breed I was looking at, was not available for adoption to someone who lived in the city.  A couple days later, a friend at work told me that her husband had seen a sign in a local town hall, that they were trying to find a home for a stray dog.  I gave a call, and met a man who had Shamus in the back of the truck. He  sat in the truck looking down at me barking. He had a big face with long jowls which were dripping with drool.  The man gave me his leash and warned me he was strong- just as Shamus (then called Atlas) practically dragged me to the nearest grass to take care of business.

He had such a love of life.  Once he came home, he immediately found my previous dogs big purple ball and was promptly  kicking it around the yard as if he was playing soccer by himself.  Although content playing by himself, if you started to play ball with him, then he wouldn’t let you stop.  He would bring the ball back and set it at your feet and bark at you until you kicked or threw it for him to get it again.  When I came home at night, he would be right at the door to meet me, but before I even had a chance to give him a greeting, he would be running to the nearest stuffed animal or toy and bring it back as invitation to play.

Now, Shamus is an old man. He has neuralgia, is losing his sight and hearing.  Yet, (if he hears me), he greets me at the door and then heads to the gate and looks back at me as if to say, “are we ready to go for our walk”.  Since he so looked forward to walks, I bought booties to help prevent him from scraping his back feet while walking. Those were quickly destroyed. I ultimately bought a rear harness, so that I could hold his hips up to aid with his walking.  Even with the harness, Shamus would pull to go further than I knew he could go.  We would take frequent rest breaks on our walks which have become shorter and shorter.

I had said, that once he lost his will to play with his toys or go for a walk, I would bring him to his final destination.  I thought I saw that on Sunday when I began writing this tale.  He was having a rough time all weekend and had been very clingy, but he still wanted to go for a walk.  We only made it down about 4 houses and had already stopped 2 times.  He was pulling forward, but I knew he wouldn’t get home if we went further.  We stopped for breaks 3-4 times before getting back home.  Once home he crashed on the grass and didn’t seem like he wanted to go further (in life).  Once I managed to get him in the house, he  just crashed, but as close to me as he could. I spent time snuggling with him, sure I would be bringing him to the vet in the morning.

Monday, he woke up, got up without help and brought me a stuffed animal to play with!

I decided it isn’t quite time to say goodbye!

I initially wrote the above post in October.  Once I wrote it, I could not bring myself to publish it.  Three months later, Shamus had some good days and bad days, but he always wagged his tail in greeting, even if he couldn’t get to the door. He lived for food and walks, even if it was just around the backyard.  A couple weeks ago he walked 4 blocks, and then managed to get himself up to the second floor (Something he had not done in months).  This weekend however, his body was getting the best of him. It was time to consider the question again. This time the decision was different.  I said goodbye to my friend who enjoyed life so much.  I will see you again my friend, one day on the other side of the Rainbow Bridge, with your tail wagging and big purple ball ready to play!